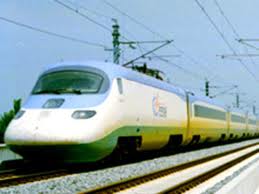 The Government of Vietnam (GoV) has a railway capacity enhancement and upgrading project with financing from the Asian Development Bank (ADB), Agence Française de Développement (AFD) and the Directorate General of Treasury (DG Trésor) of the French Ministry of Finance and Economy. The project components are: (i) Track component – improving the alignment of the existing track, especially at sharp curves and in the vicinity of the Red River (to address problems associated with flooding, subsidence of embankment, and slope stability); replacing worn-out rails with hardened-steel rails, particularly on sections of  …..

B. Funding and Implementation Arrangements

5.  The services described in these Terms of Reference relate to three components namely:

b)         For RP, inspection and acceptance of rail, turnout and fish plates at the Port of Haiphong and supervision of delivery arrangements to storage facilities on site.